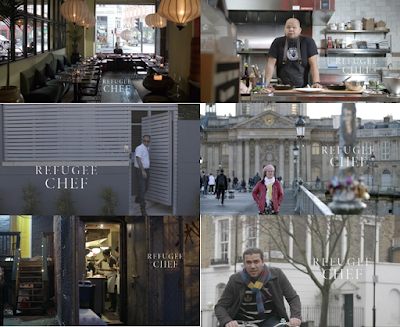 Over the past few years, the issue of refugees has become highly politicised. Refugees are seen either as victims or aggressors to be kept out or cast aside. Yet there are groups of refugees who have trumped the odds. In this 6 part series, we feature an earlier wave of refugees who haven’t just survived, but have made good lives for themselves, and are looking at contributing to their adopted communities.

Our culinary heroes originated from every part of Asia and fanned out across the globe in search of new lives. Today, they are using food in powerful ways and reshaping the way people see Asia.

Behind each dish are stories of survival - stories of refugees who seek freedom from societies in conflict, of people who struggle to build new lives with treasured family recipes, and cities that have been enriched by their presence. This series proves that food can truly break down walls, and help us find the commonality across peoples.

EPISODE ONE
Queen of Nordic Vietnamese (Vietnamese in Copenhagen, Denmark) 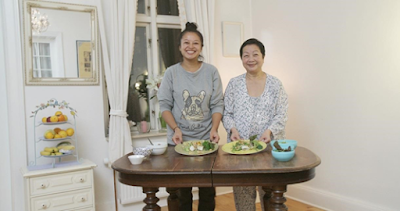 As a teenager, Anh Le dreamt of introducing healthier Vietnamese food to the Danish diet. Today, her Vietnamese restaurant chain, LELE, in Copenhagen is an institution and she is a household name in Denmark.

Anh Le is widely considered Denmark’s authority on Vietnamese cuisine and is a regular face on National TV, appearing 3 to 4 times a month on the breakfast show to school Danes in the art of Vietnamese cooking.

But it was only recently that she confronted her refugee past, and fought to make peace with herself. She shared her stories in the media about her refugee past. She hoped to shift the focus from negative depictions of asylum-seekers and refugees as contributors to society, rather than burdens.

“When we landed in Denmark, we were nothing. We had a black garbage bag. But we arrived to a country that gives you all the possibilities. There was safety, welfare, education. Everything was for free. And people were friendly. That was the best thing.

People don’t see us refugees but we are there. For me it’s very important to tell the story. We have to give people a 2nd chance to succeed if they want to” says Anh Le 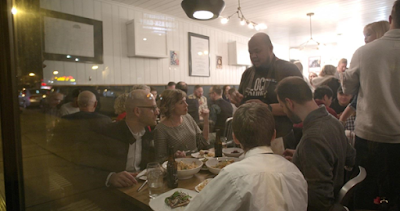 Yia Vang’s father was part of the militia trained by the CIA to fight the secret war in Laos and they escaped when the region fell to the communists. He was born in a Thai refugee camp and granted asylum when he was five. The Hmongs are stateless people who lived in Vietnam, Laos and China. Without a country to call their own, their food is an amalgamation of their surroundings and is constantly evolving as Hmongs locate to new places in the world.

This borderless and free spirit is captured in Yia Vang’s food as he serves Southern fried chicken with sticky rice and Hmong Minnesota hot dish in pop-ups in Minneapolis. Yia Vang believes that food embodies the Hmong cultural DNA, so he cooks to tell their story from his new home in USA.

"Hmong language is very primitive and in 20 years, our language will be lost. I want to leave something for the next generation and next generation. If any Hmong person forgets who he is, just eat Hmong food and you will know where we've been" says Yia Vang. 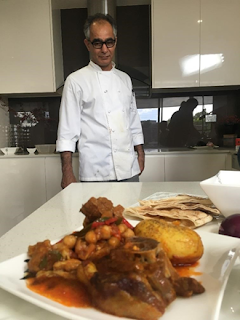 “I escaped from the war in Afghanistan when I was 18. I lived in Iran as an asylum seeker for 28 years, never told anyone I was Afghan but was deported 3 times. I spent USD24,000 on passports to go Indonesia for 2 and a half years. 21st February 2015 was the day I arrived in Australia. I’ve been here 2 years and 9 months. All I want is a beautiful life for me and my family because I’ve had a very bad life. My English is not good so cooking is talking for me. At my first job here, I worked at Diggies Café. I introduced Persian food into the weekly specials and people loved it.” says Javad.

Javad started cooking as a chef at Diggies Café, which helped him solidify new friendships with local Australians, and even earned him an article in the local paper. This article attracted the attention of larger press and he was invited for morning tea with the Mayor of Woollongong. Thanks to his new- found fame in the community, he has now left Diggies Café for a head chef position at an upcoming Persian restaurant, opening in the first quarter of 2018.

His home kitchen is where he tests new recipes, starting from those he learnt from his mother and in the media, then tweaking the taste and presentation until his level of perfection. He plans to keep cooking for people interested in his culture and his origins. And he also has plans to start a career in construction work so that he might one day fulfill his dream of ‘paying more taxes’ to the community which has welcomed him with open arms. 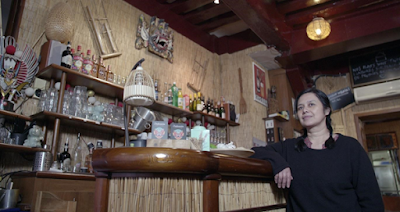 Anita Saborn is a former Indonesian refugee currently living in Paris. Her father set up the first Indonesian restaurant in Paris when they arrived as political refugees in the 70s. Her father was part of a group of intellectuals selected by former President Sukarno to learn from the world and bring knowledge back home. But when President Suharto came to power, her father and the whole family became victims of a political purge and were forbidden to return.

From China, they travelled to Paris on fake passports and gained political asylum, just as France was opening its arms to refugees. As globalisation swept France, the French became more international in their taste for food, and the restaurant thrived. When Anita took over the restaurant, she decided to serve Indonesia food as it really is - spicy and full bodied. She prides herself in making the French aware that Indonesia is more than just Bali.

Restaurant Indonesia is also a collaborative space. Over the years, they have trained and created employment for other immigrants and refugees. Anita wants to do more for them – beyond helping them with paperwork, and finding employment – her food and her restaurant serves as the bridge for those trying to make a new life for themselves. 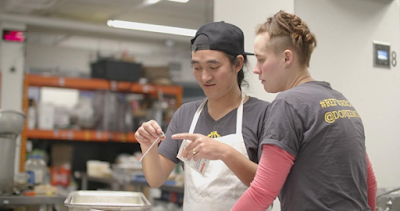 As Chef Dorjee adapted to life in the US, he decided the best way to answer the question of 'Where are you from?' is to literally give someone a taste of his homeland. After some success cooking Tibetan dinners at home for friends from all over the world, he was selected by Union Kitchen, a food business accelerator, to be part of their accelerator program.

Dorjee Momos, a refugee-owned, family-run, Tibetan nomad food start-up was born. His cuisine comes from what he has seen. And he has seen a lot. His flavourful Himalayan dishes are inspired by his childhood in Tibet as a nomad and Buddhist monk, his experiences as a refugee in Nepal and India and life in his host country America.

“As a refugee, the tastes of my childhood have been an anchor in my life, and I want to share with others the joy Tibetan food brings to me. Many people think of Tibet as a magical place stuck in the past, but actually it’s full of modern twists and turns like anywhere else. It’s not the mystical hidden place of "Shangri La" - that is an orientalist fiction that exists in the western imagination. Tibet is real, is home, is land, is people, is different ways of being. The food I make reflects the diversity and resilience of Tibetans in diaspora as we adapt to new surroundings.” says Dorjee 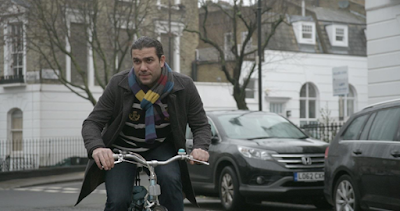 Haunted by the horrors of being jailed, tortured and losing his family in Syria, Ahmad arrives in London alone. He struggles to adjust to life in a city where civilities are abound but relationships are hard to forge.  Ahmad does anything and everything to survive in his new country, including cook.  He received so many requests to cook that he started Aleppo Supper Club – a popup restaurant and catering service. He currently hosts dinners for charities and paying guests.

“I wasn’t just cooking. I was making art and magic. I like to bring people together and tell them about Syria. It’s not just about war. We have history, culture and people are friendly. My recipes are from my mother, they are original from Aleppo, the oldest city in the world.”